The followings are short descriptions of the THD2000Z Series and ES30xxZ Series:

This small dual-axis inclinometer whose housing size is Φ40mm gives you a choice of analog output (Voltage Ratio Output) and digital output (RS-485). Within the choice of analog output, it is possible to reconfigure the horizontal position of the inclinometer by using the adjustment card and within the choice of digital output, it is possible to do the same things by using the adjustment card or the serial communication command from RS-485. Installation of the inclinometer which took time and labor was facilitated by this method. And also, by specifying the certain level of digital damping control filter to our factory, the inclinometer will produce a stable output under the various vibration environments.  >> Information about THD2000Z Series

ESC30xxZ is A high accuracy and robust dual-axis inclinometer that gives you a choice of analog outputs: voltage ratio output, voltage output, and 4-20mA current output and even more these analog outputs 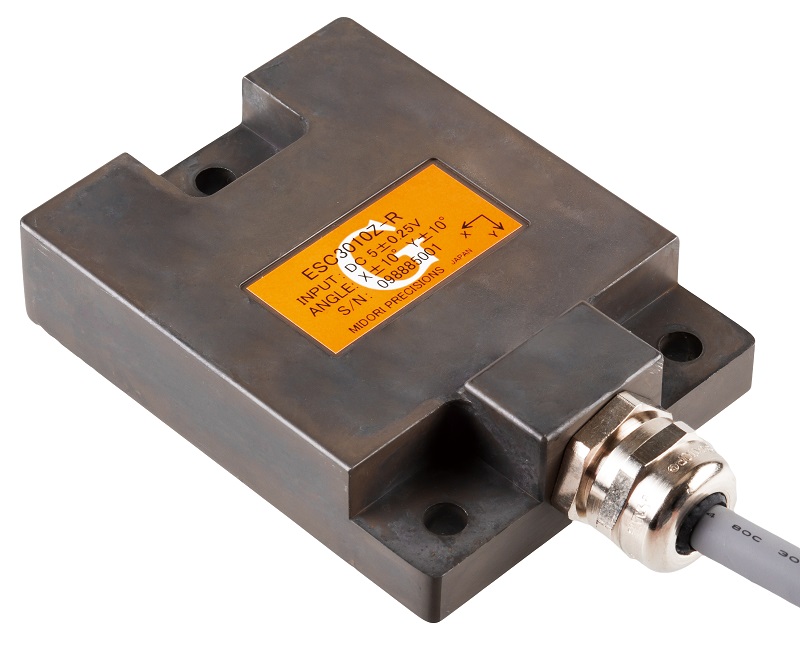 are being accompanied by the digital output RS-485. Like the THD2000Z, it is possible to reconfigure the horizontal position of inclinometer by using the adjustment card or the serial communication command from RS-485. And also, by using the digital damping control function, the users can select a suitable level of digital filter by themselves to make the inclinometer produce more stable output under the various vibration environments.
>> Information about ESC30xxZ Series

ESC3000Z Series is a high-functional and multifunctional inclinometer but its Vibration/ Shock Resistance level is “Middle” on the above sheet. It is because the ESC3000Z series has a mechanical resonance point as the result if vibration is 12m/S2 acceleration or over 3000Hz frequency is applied to the inclinometer it may possibly measure the tilt angle incorrectly due to resonance. Therefore, if you are planning to use the ESC under the vibration environment, we recommend conducting the operation test of the ESC beforehand. Conversely, because the THD2000Z does not have a mechanical resonance point, it works safety in harsh vibration or shock environments. The sensing element of THD has vibration resistance spec of about 50,000G.